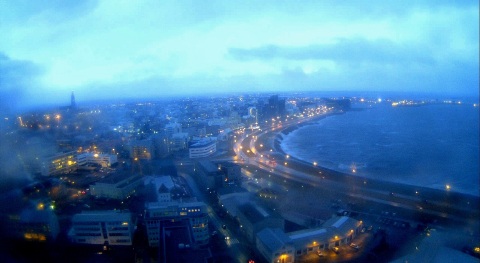 It has been two years and nine days since I arrived in ‘The Land’. A lot has happened since then. At first time seemed to move at a much slower pace. Days seemed like weeks, weeks seemed like months, months seemed like years. Now, however, time is ticking along at its normal hectic rate, and I am gradually catching up with it.

At least two people I know, and admire, have called me ‘a survivor’. I guess they were right. On Tuesday the 10th of May 2011 I was told to go stay in a hotel, which I duly did. Of course, I had to return to help finish construction of a chicken coop for the next three days, during daytime. Then on Friday the 13th of May 2011 I was put on a plane to Iceland with a one way ticket. Being British, it was stated, that I could live and work in Iceland, and since we owned a summer house here, this is where I should be, it was for the best. I complied.

When I arrived here early on a Saturday morning, the 14th May 2011, I took the FlyBus into town. There I was met by my good friend, Jón, who very kindly drove me up to the summer house, as our car was there too. On the way we had a good old chat. He informed me that Gogogic was looking for an iOS programmer and that I should interview. Which I did, and the rest is history, as they say. Within two weeks I was employed and earning a living. Despite apparent circumstances, things were looking pretty good, as it goes.

To mark this ‘new beginning’ I decided the pony tail I had would be best gotten rid of, especially since it was not something I had wanted. I duly sought out a haircut. Very soon after that I decided the beard probably was another candidate for the axe. So off that came. In the meantime, I started this blog. Largely because my daughter had suggested that I do. She was tired of ‘Facebook-stalking’ me, at least that’s how she put it. “Go start a blog!” was the cry. So, I did. Now some of my ‘new life’ was being put out there.

Well, the “separation” that was supposed to be a “good thing” rapidly became a call for divorce. I guess that’s the way it goes with taking “one step”. Lawyers were hired, as is necessary in these sorts of things, and the whole process got underway. None of this was what I wanted, to be honest, but what I want is not necessarily what is needed, clearly.

All in all, I am relieved that it is over with. It’s been almost a year, official. I have moved on.

I have kept my tongue in check, because I know that is what is right. It’s not been easy, but I didn’t expect it to be. I will continue to have self control.

I really miss my children. This is by far the hardest part of it all. I keep in touch as best as I can, it’s not easy though, not in the least. Thankfully they are all grown, and are wonderful human beings, which I am very proud of. We did a good job there.

I have had all kinds of adventures during the past two years or so. It’s really quite amazing, and not at all expected. Iceland has been the ideal place to be, given the circumstances. Truly a safe haven.

So, where does the ‘faith’ come in … well, it’s what has gotten me through all of this (application of The Word, specifically), and it continues to propel me through this life. It’s personal, and I don’t evangelize, because that’s not for me (but I am mentioning it now, aren’t I?). I have faith in the truth. I have faith in honesty. I have faith in reality, above all else. Whatever is real … that’s where my faith is, period.

I thank my Father for all of it. His Word has proven itself true, powerful, and just … over and over again.